Brought to you by

“Anything goes!” So cries the motto of Paracinema, the festival dedicated to films and genres outside the mainstream.

Check out this year’s programme of films, special guests and events, director’s Q&A’s, all with that elusive Paracinema feel.

Tickets to individual screenings and events can be booked via the programme page. For those planning to attend multiple events purchasing one of our festival passes offers excellent value for money.

She’s been a Horror Hostess for GoreZone magazine (2010), presenter of the Big Breakfast and the fondly remembered games show Bits (2000) and becoming the face of the Horror Channel and hosting Horror Bites. She reunited with Alex Chandon for his wonderful Inbred (2012) and will be next seen in Drew Cullingham’s Shed Of The Dead (2019).

Emily will be interviewed on stage by director Jake West on Saturday 4th May.

A Nightmare On Elm Street

At A Knife Factory

Paracinema steps outside the walls of QUAD once again for a very special screening. We are joining forces with Derby’s internationally recognised Blok Knives to present a unique screening of Wes Craven’s A Nightmare On Elm Street.

Blok Knives produces kitchen knives lovingly handcrafted in Derbyshire. What better place to showcase Freddy Krueger’s innovative use of knives than in the surroundings of Derbyshire’s premier knife factory?

Drag Me to Hell

Drag Me To Hell - Talk

Sarah Crowther, lecturer in Media at Swansea University,  joins us on Sunday 5th May for a talk on the history of representation of drag/transvestism in horror cinema and television.

“Anything goes!” So cries the motto of Paracinema, the festival dedicated to films and genres outside the mainstream.

SHOW US YOUR FILMS

Submit Your Film To Paracinema 2020

Brought to you by

QUAD is a creative hub that connects communities, creating opportunities for participation, exploration, education and entertainment. 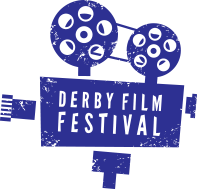 Returning November 2019 see you at the movies!